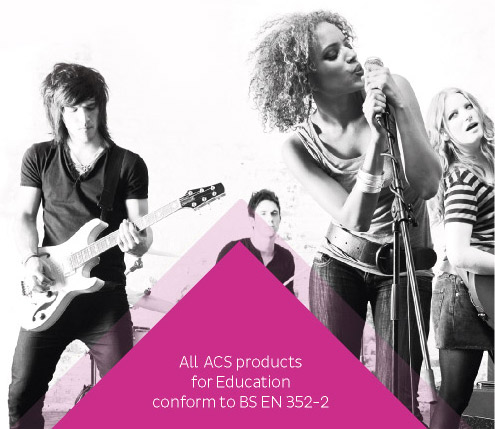 All too many times in Music Education the subject of health and safety does not seem to be given the attention it deserves, especially in terms of hearing conservation. At ACS we believe that educating young people about the hazard of being exposed to sound levels over 85dB in musical and social environments is crucial, especially when it occurs regularly or over long periods of time. For any musician or music lover, high fidelity attenuating hearing protection is the answer in providing suitable protection without spoiling the sound quality. ACS offers various affordable solutions for education from universal fit to custom moulded hearing protection and earphones. Protect your hearing and Play Safe Now, so that you can Hear Tomorrow.